On the 23rd of April 1516 the German Beer Purity Law was once passed by the Bavarian state regulations. The golden barley juice has a tradition which is several thousand years old, it is drunk just about everywhere in the world and considered the national drink of the Germans.The history of beer, peppered with entertaining and interesting anecdotes, leads you across the whole of Germany.

Beer is a product of chance, it is said to have originated some 6000 years ago in Mesopotamia. Already the Germanic ancestors have made beerdrinking a tradition as finds of beer amphorae from around 800 BC show. Beer started its conquest quite slowly but became gradually more and more successful. Retracing the history of beer in Germany is extremely exciting as it leads through many interesting cities. Not only cultural highlights manifest themselves but also the great variety of regional beers.

In the Early Middle Ages, mainly monks busied themselves with the art of beer brewing as they said that “liquid does not break the fast”.  Even today, there are breweries that still produce beer according to the old recipes of the monks. The brewery “Brauerei zum Klosterhof” in Heidelberg, for example, belongs to the monastery of the “Stift Neuburg” (Neuburg Abbey) whose history goes back to the 12thcentury. To this day, 15 monks live in the monastery. In the midst of nature, even organic beer is produced as all ingredients used in the brewery are organically grown.

The brewery “Brauerei zum Klosterhof” offers beer seminars with guided tour, tasting and three course menu. A special highlight may already be the arrival: the ships of the “Weiße Flotte”take you several times a day on a 30-minute trip on the Neckar River from Heidelberg to Neuburg Abbey. 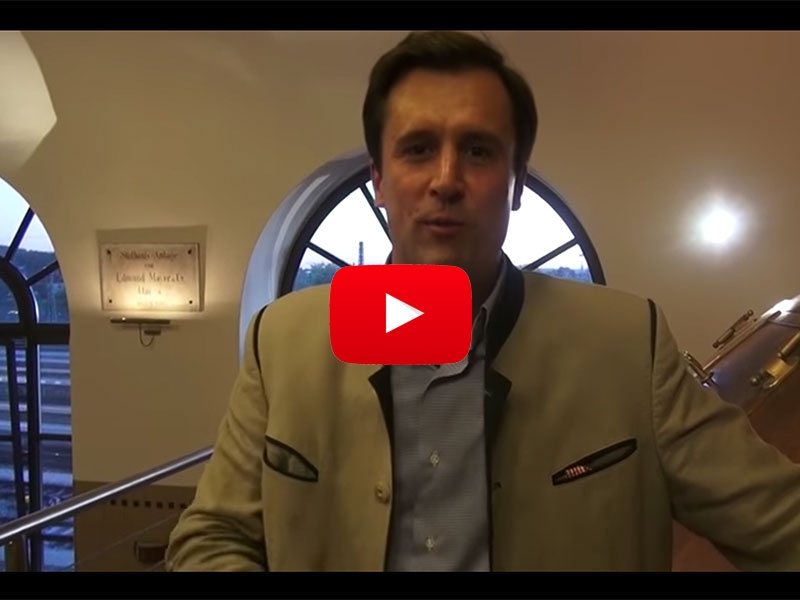 He’s the reigning World Champion Beer Sommelier, and he also happens to own a beer brewery in Bavaria that this been in his family for five generations!

This beer-loving German is basically the world beer expert.

Germany´s Air of Discovery around Beer! 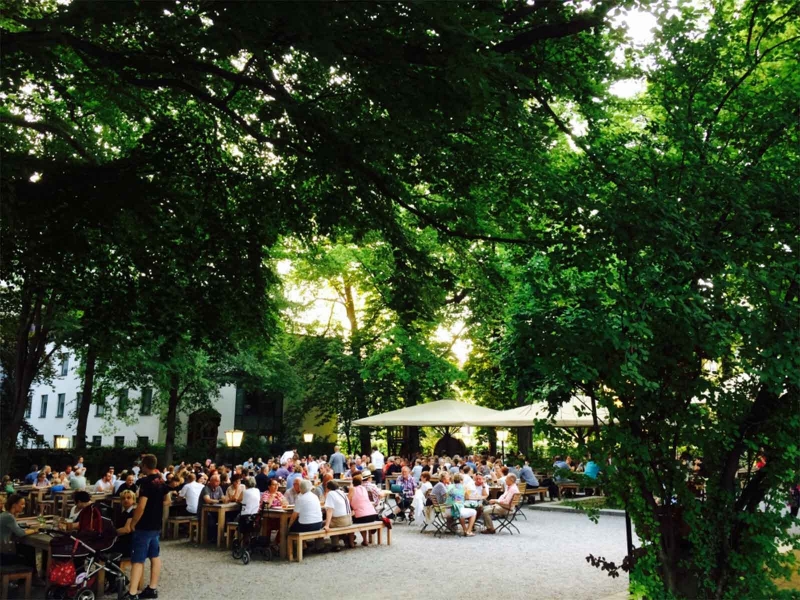 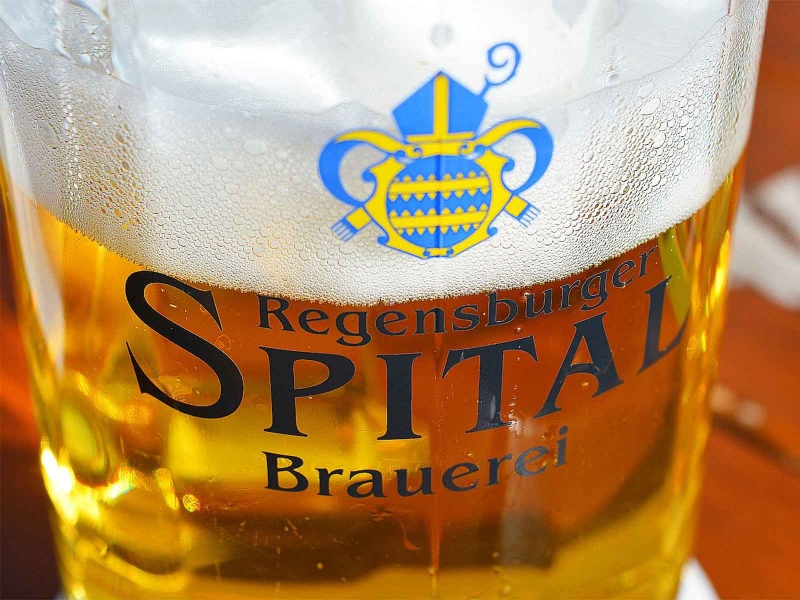 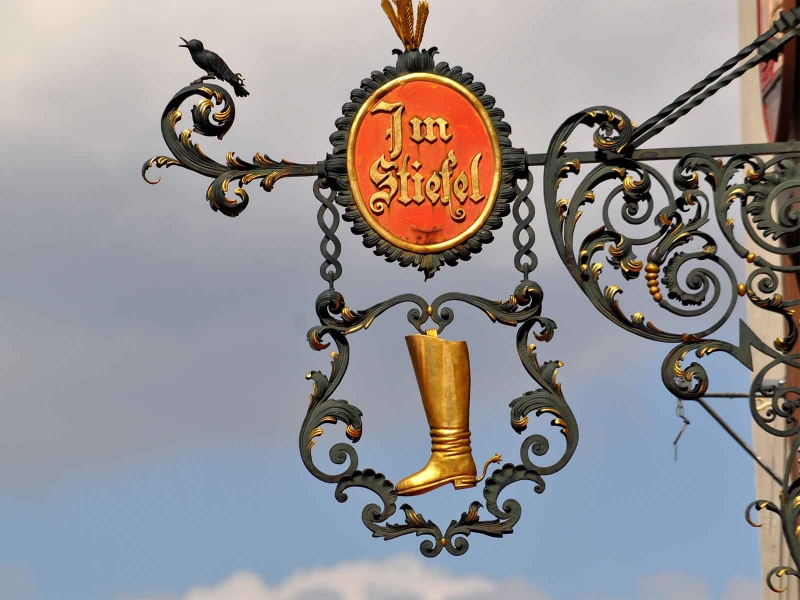 What could be more enchanting than Historic Highlights of Germany’s cathedrals, castles and palace gardens? For some visitors – its beer! You‘ve no doubt heard that Germans like beer and that the number of breweries may overwhelm you.

The golden barley juice has a tradition which is several thousand years old, it is drunk just about everywhere in the world and considered the national drink of the Germans.

Hoppy Beersday! Germany celebrates 500 years since the Reinheitsgebot (German Beer Purity Law) was signed into law on April 23, 1516, guaranteeing beer purity by specifying its ingredients. Few people are aware that beer in Germany is very localized.

Most beers are local products rarely found outside their towns of origin! There’s this air of discovery around beer: wherever you go, there’s going to be a beer you’ve never heard of.

There seems to be a greater sense of designing a vacation completely around going to breweries and meeting brewers. People want to get in touch with beer! Having a pint is, after all, a way to socialize, to meet the locals.

Bypass the industrial breweries and scout out family-run breweries that have been in business for more than 600 years. More than 90 percent of the 1,339 breweries in Germany are independent, giving rise to a huge diversity of beers.

Experience Historic Highlights of Germany as never before as you delve into the taste, history and culture of beer! We‘re going to let you know where they are and what they have to offer. 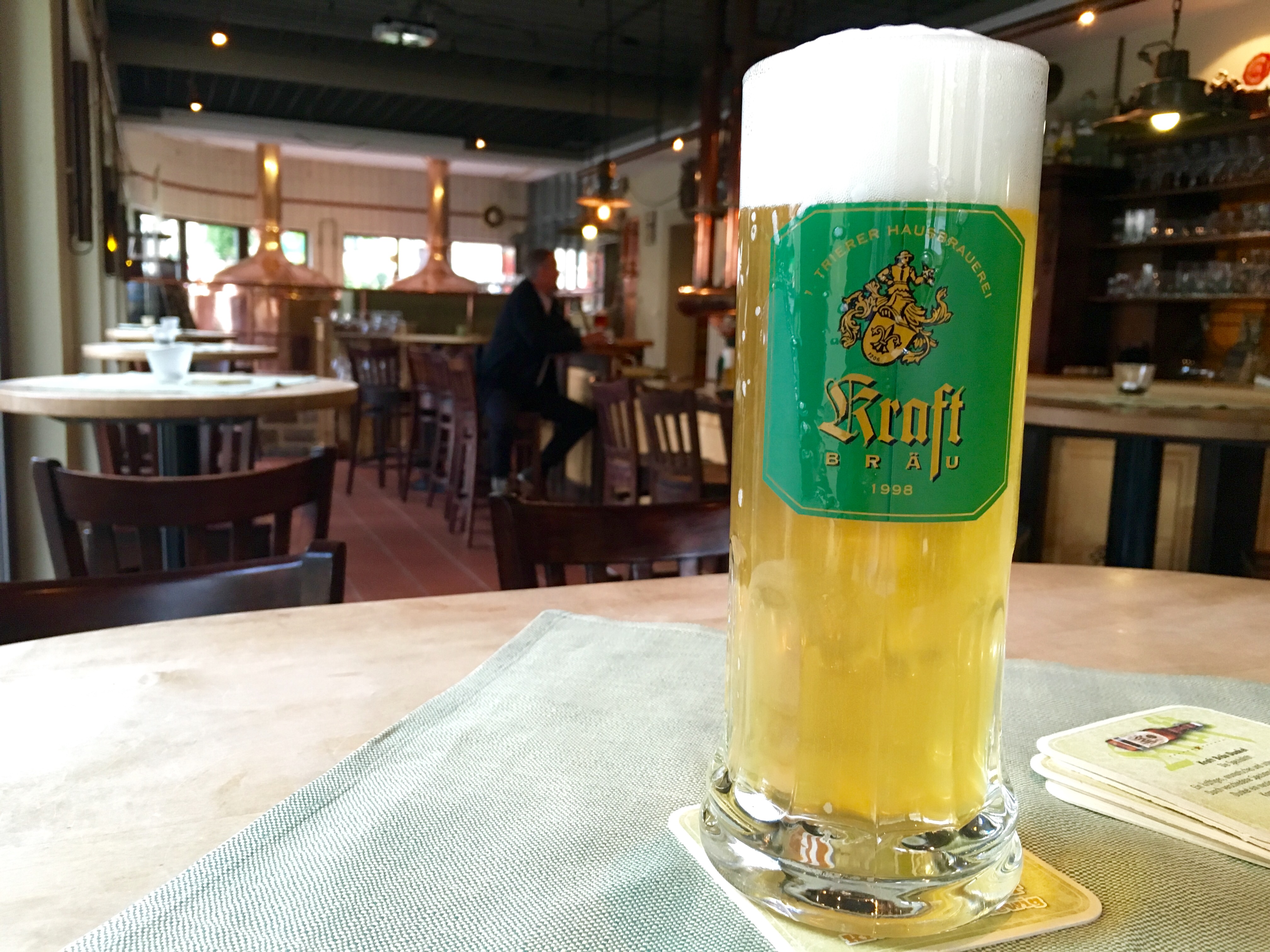 Sleeping in a brewery is possible in Germany!

Yes, really! Have a look at these places where you can sleep and taste beer right after each other:

THE BREWERIES OF THE SOVEREIGNS

Directly located at the lake “Jungfernsee”, there is the “Meierei im Neuen Garten” which was originally built in 1791 by Frederick William II. Here, many beer specialties can be enjoyed in historic rooms.

The impressive building where the Regensburg based Thurn and Taxis Princely Brewery is now located served as the carriage depot and office of the Princely Court Steward from 1910 to 1935.

In 1936, Prince Albert I established one of the first carriage museums in Europe in this extensive building. Today, the Princely Brewery is widely known for its delicious beer varieties: wheat, light and dark, that are brewed in two copper vats.

Towards the end of the Thirty Years’ War (1618-1648) the soldiers in the Mainfranken region had drunk up nearly all the wine provisions. Thus, the idea arose that the men should be supplied with beer instead.

In 1643, the “Fürstliches Hofbräuhaus” (royal court-brewery) was founded in Würzburg, today the oldest company in the city. More well worth seeing breweries of the nobility can be found in Brandenburg.

The brewery in the “Krongut Bornstedt” (Bornstedt Crown Estate) in Potsdam has brewed the “Bornstedt Buffalo” since 1689. The historic ground can be explored on a guided tour. 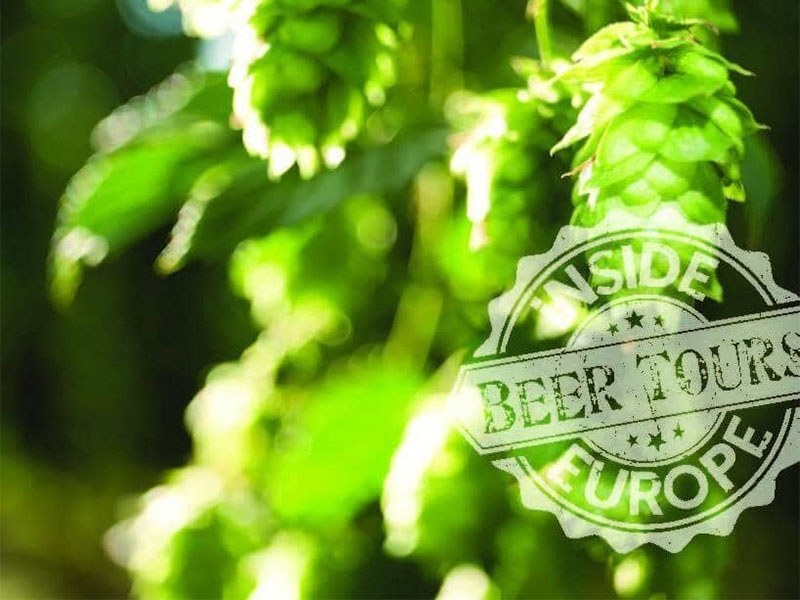 Our preferred Partner Inside Europe offers customized group travels to experience and discover German beers and breweries. The company is family owned and operated.

Soon merchants and traders discovered the art of brewing, too. With the development of international trade routes began the era of the great merchants, wealthy tradesmen and guilds. Naturally, the beer brewers benefited from the economic boom as well. Above all, the cities that had been united in the Hanseatic League since 1358 experienced a boost.

Thus, the tradition of beer can still be discovered in a variety of ways in the Hanseatic City of Rostock. The “Hanseatische Brauerei Rostock” (Hanseatic Brewery Rostock) has existed since 1878 and is open for visitors. Near the Rostock Zoo lies the “Trotzenburg”, a traditional restaurant that was opened in 1899 and reopened with the brewery in 2001.

Historic charm and nostalgic decor can be found in Rostock’s inn “Zum Alten Fritz” where they brew their own beer, too.

Located in the city harbor, the restaurant offers a view of the ships while regional specialties are served between copper kettles and red-brown bricks. Those who love feasting in a historic setting, will feel at home in the brewery “Hausbrauerei Rampendahl” in the Hanseatic City of Osnabrück. It is uncertain when this brewery was founded but it is a fact that Rampendahl is one of the oldest settlements of the city. The house has one of the few remaining gables from the Baroque era, dating back to the mid-18thcentury. 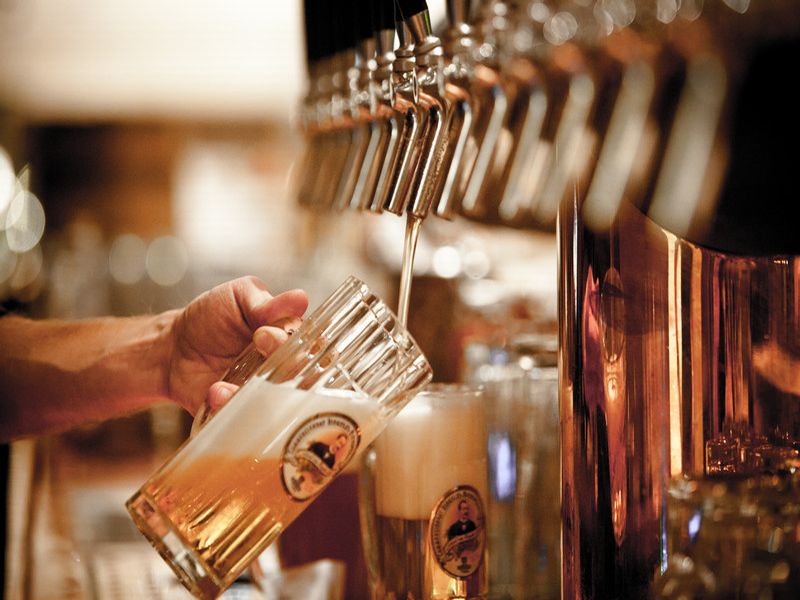 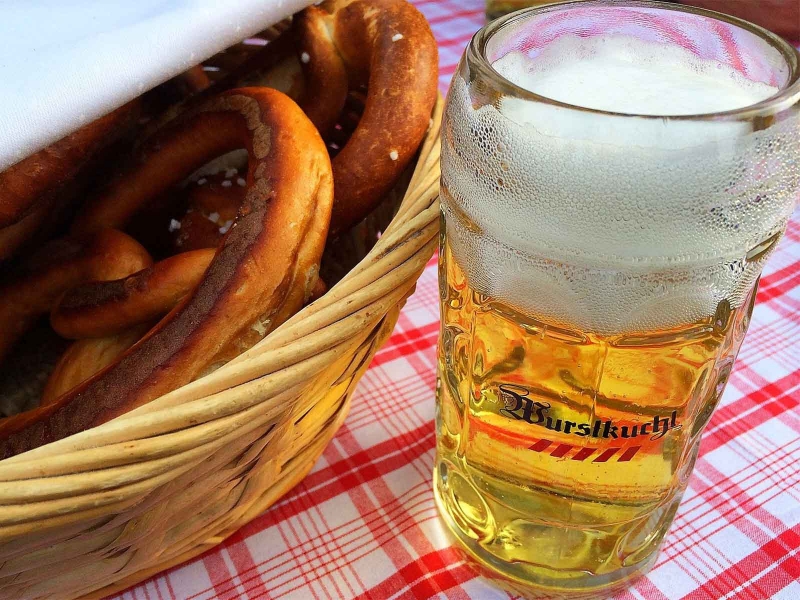 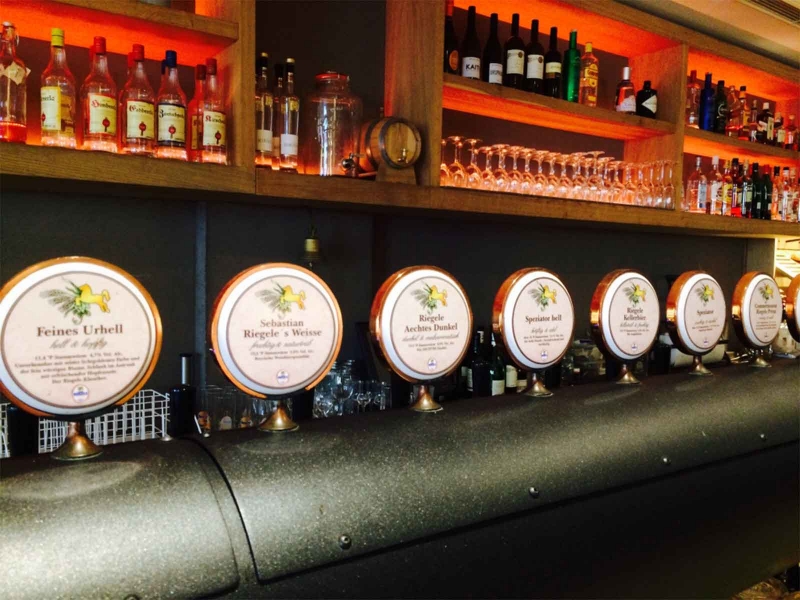 However, in the expanding brewing industry, there were naturally some misconducts as well.

Many brewers were exposed as adulterators that wanted to get rich at the expense of the topers. The Bavarian city of Augsburg already began very early to put the lid on the adulteration of beer: The municipal law of the free imperial city had stipulated since 1156 that no beer of inferior quality is allowed to be brewed. Augsburg can claim that the city provides the oldest evidence of middle-class brewing within our cultural area.

As early as 1143 the city of Augsburg passed a purity law. Today, there are still four large breweries in Augsburg. The brewery “Riegele” was founded in 1386 and is considered one of the oldest in the world.

In addition to the long tradition the brewery also has modern offers available such as tours of the brewhouse, beer brewing courses or a beer store that provides you with useful, decorative and funny accessories of the barleyjuice.

The problem with the adulteration of beer existed in other cities, too. This made Duke William IV of Bavaria and his brother Louis X pass a nationwide regulation on the 23rd of April, stipulating that solely barley malt, hops and water are to be used in the production of beer. Within the guidelines of the German purity law is room for significant differences.

This becomes particularly evident in the existence of “Altbier” which is preferably drunk in the Lower Rhine region. This has to do with the mild climate of the region.

There were once 150 Altbier-breweries in the North Rhine-Westphalian city of Münster but there is only a single one left today: the brewery “Pinkus Müller”.

Production of exceptional beer since 1516

Brewing is an ancient craft in Germany, dating back to at least the late Bronze Age, generally considered to have lasted in Central Europe between roughly 2000 and 700 B.C. The ancient Germans did not invent brewing, but they were probably the first Europeans to make beer.

By insisting in 1516 that the „only ingredients used for the brewing of beer must be barley, hops and water“ the German Beer Purity Law (Reinheitsgebot) ensured the quality of German beer.

Before 1516, the northern German brewers with their strict guild rules had the best beer quality, but the „Reinheitsgebot“ changed that.

The Bavarians quickly increased their product quality and some think they surpassed the northern guilds. However, in the expanding brewing industry, there were naturally some misconducts as well. Many brewers were exposed as adulterators that wanted to get rich at the expense of the topers.

The year 2016 will mark the 500th Würzburger Hofbräu Beer of the Reinheitsgebot, but it is not the first law about beer: The Bavarian city of Augsburg already began very early to put the lid on the adulteration of beer. As early as 1143 Augsburg passed a first purity law!

The municipal law had stipulated since 1156 that no beer of inferior quality is allowed to be brewed. Augsburg can claim that the city provides the oldest evidence of middle-class brewing within our cultural area. Today, there are still four large breweries in Augsburg. The brewery “Riegele” was founded in 1386 and is considered one of the oldest in the world.

BREWERIES IN OUR CITIES

Drink beer where it is produced! 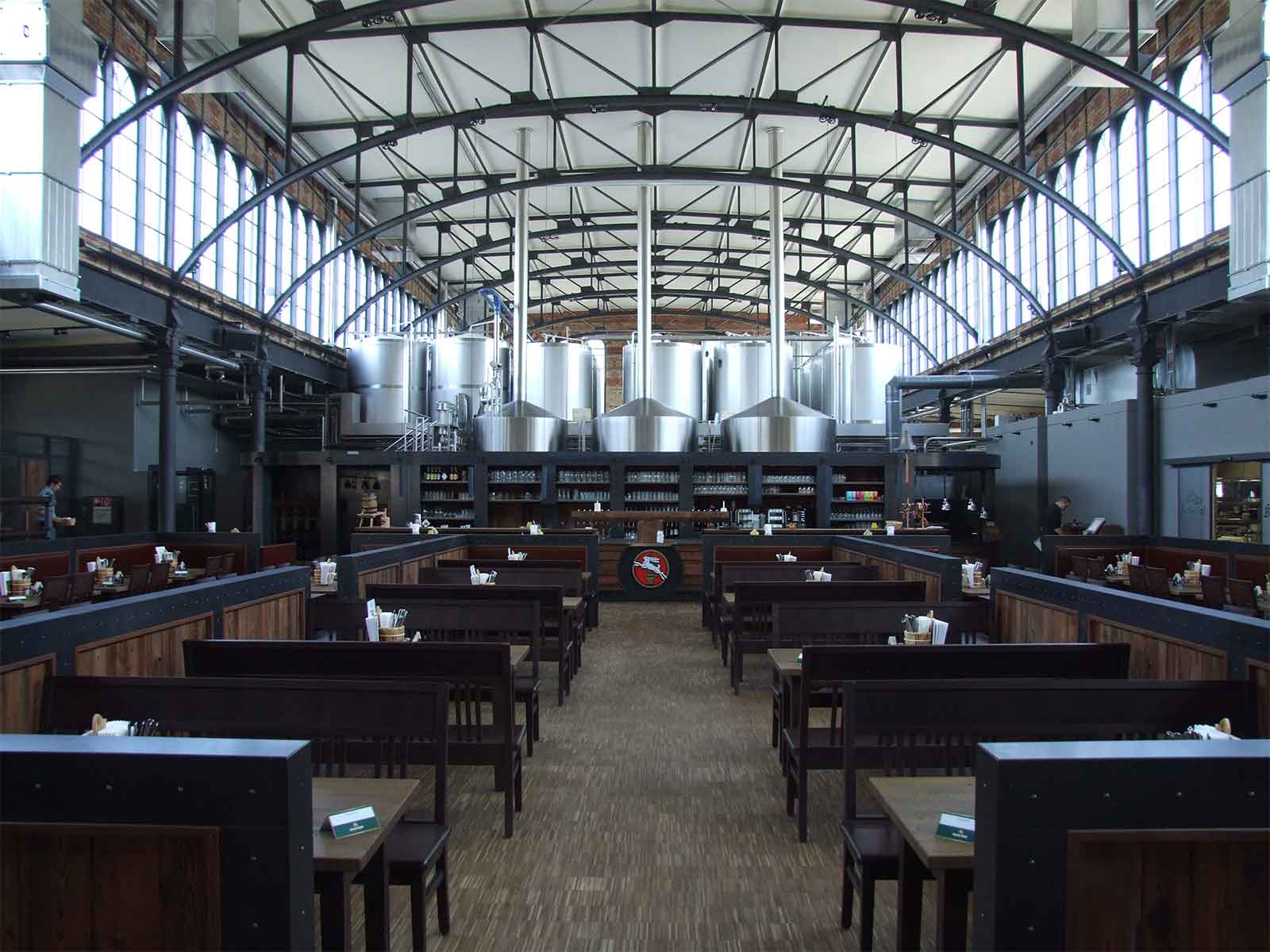 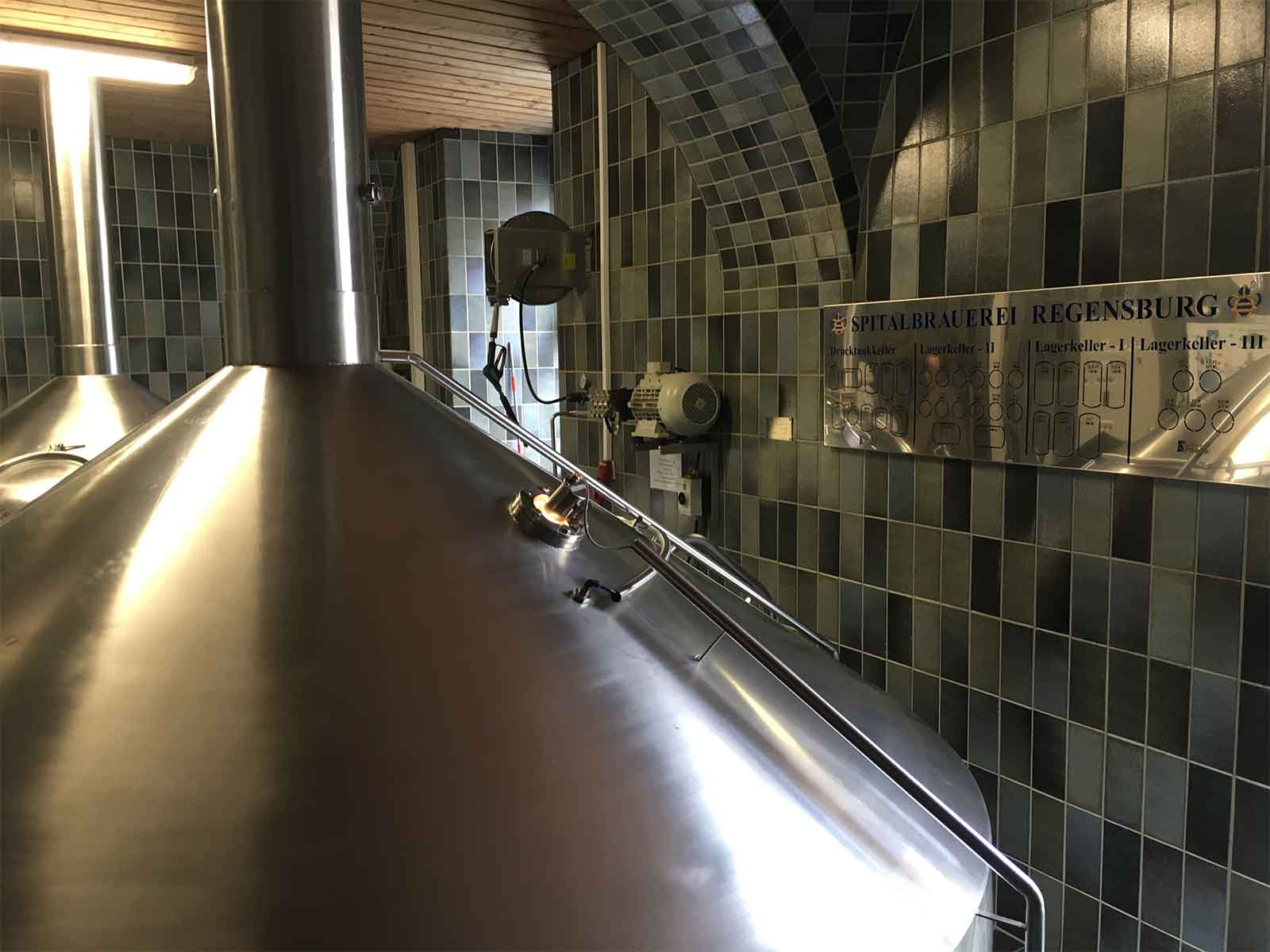