ON THE TRACES OF A WORLD POWER 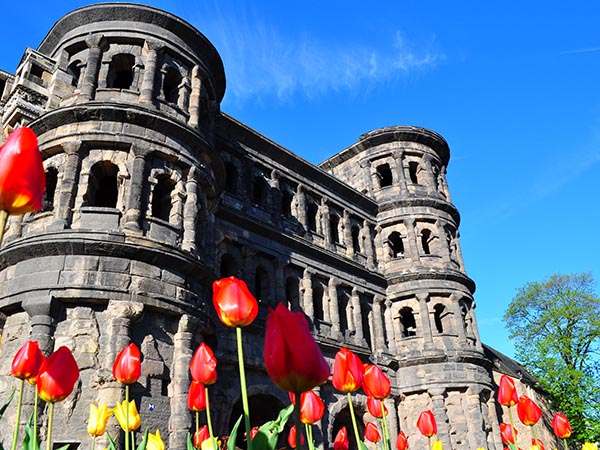 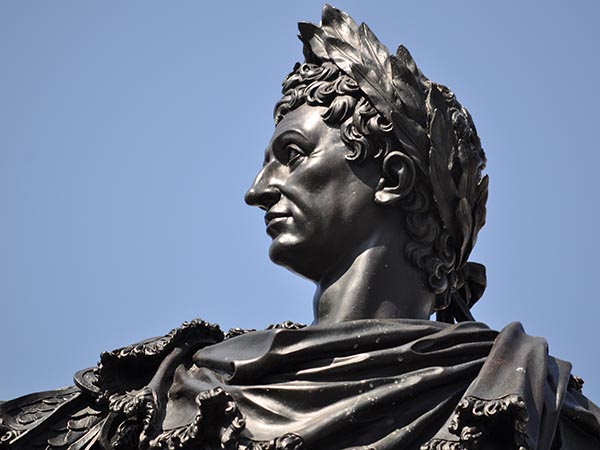 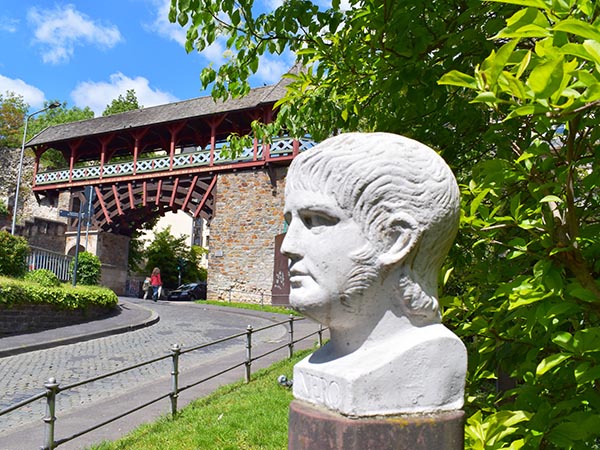 As one of the largest empires of all time, the Roman Empire extended far into what is now Germany. Some of the cities of the Historic Highlights of Germany were founded in Roman times and are amongst the oldest of the country. Structures of society such as jurisdiction, order and a uniform currency were established by the Romans and shape Europe to this day. Immerse yourself in the fascinating heritage of the Romans on your Dream Route!

You visit cities with great history and outstanding monuments of antiquity
In order to fulfill all desires of Emperor Augustus, the Romans built a city 2000 years ago that was larger than everything known north of the Alps back then: Trier, the “Second Rome” was founded.

The former capital of the Western Roman Empire became the residence of seven (!) Roman emperors. Amongst them was also Emperor Constantine the Great, the pioneer of Christianity.  Concerning this prominence it is not surprising that you can still visit the largest ensemble of Roman monuments outside of Rome in the city of Trier. Eight of these unique monuments are part of the UNESCO World Heritage.

Augsburg- just like Trier – was founded by Emperor Augustus and for 400 years, the city was the capital of the Roman province Raetia that extended into present-day Italy. Augsburg still has the pinecone in its coat-of-arms which used to be the symbol of the Roman army. Attractions such as the city´s extensive canal system still date back to this epoch and the “Römisches Museum” (Roman Museum) in the “Dominikanerkirche St. Magdalena” (Dominican Church of St. Magdalene) presents valuable discoveries of the ancient past.

The Augustus Fountain was built during the Renaissance and pays tribute to the founder of the city.

The old town of Regensburg is an exceptional example of a European medieval trading centre with clear evidence of the exchange of cultural and architectural influences. A host of exceptional buildings attest to its political, economic and religious importance from the 9th century.

Its urban structures reflect 2000 years of architectural continuity and contain Roman, Romanesque and Gothic elements. The town’s character is still shaped by its 11th- to 13th-century architecture, which recalls the period when it was the centre of the Holy Roman Empire.

Crossing the Rhine, you suddenly find yourself in Wiesbaden, close to the Roman border wall “limes” with the Roman fort “Saalburg”. The hot springs of Wiesbaden used to fascinate the nobility of the world, literates and composers in past times and served Roman commanders as a spa where they recovered from their campaigns.

The circle of your Roman Route closes in Osnabrück. The “Teutoburgerwald” (Teutoburg Forest) in the northern part of the city was the site of the famous Battle of Varus that occurred in the year 9 AD.  In the battle, the Romans were beat by the Teutons and the downfall of Germania was prevented.

This defeat meant the beginning of the end of the downfall of the Roman Empire and is a turning point in European history.