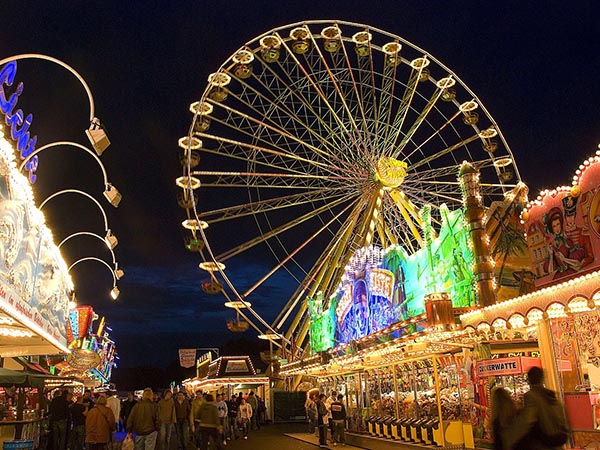 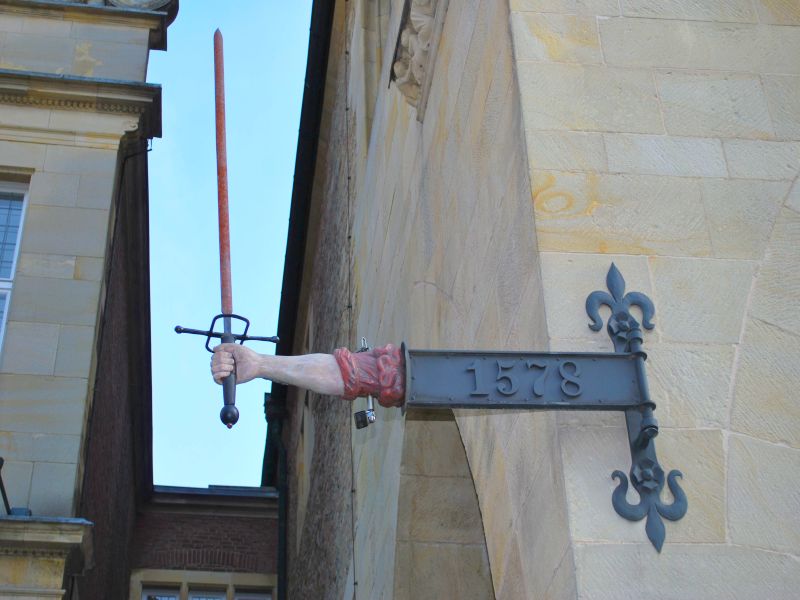 The cities of the Historic Highlights of Germany have preserved their customs and traditions as well as their “Volksfeste” (lit. peoples’ festivals) whose characters are often closely connected to the history of the respective cities. During a visit to Germany, a trip to a “Volksfest” should definitely be part of the itinerary, the perfect time for this is the summer season from March to October.

Some fairs even go further back in history, such as the Send in Münster or the Dult and Plärrer in Augsburg. The name “Send” is a derivation of the German word “Synode” (Engl. ‘synod’), the meeting of clergymen and senior representatives of the diocese in Münster which has been held twice a year since the 9th century. On this occasion, a market has been held since the the 11th century which differed from the regular weekly market for townspeople and lifted sales restrictions or privileges for local merchants and craftsmen. Since 1578, the so-called “Sendschwert” (lit. Send Sword) has been hung out at the Town Hall in Münster, a reminder that any unruly behavior at the fair used to be punishable. The “Send” takes place three times a year on the square in front of the “Schloss Münster” (Münster City Palace).

In Augsburg, the existence of a fun fair can be traced back to the year 967. Originally, the “Osterdult” was a cloth market which continued to develop over the centuries and offers all sorts of goods for sale. The “Dult” is accompanied by the “Plärrer”, another fun fair with amusements and rides, whose name derives from the “Geplärre” (German for ‘blubbering’) of the visitors. In his poem “Das Plärrerlied” (lit. The Plärrer Song), Augsburg-born author Bertolt Brecht honors the event which now looks back on a 1000-year old tradition.

One of the oldest records referring to the existence of the famous “Thüringer Bratwurst” (Thuringian bratwurst) can be traced back to the year 1404. Every year in March the “Thüringer Bratwurstfest” (Thuringian Bratwurst Festival) – a big barbecue to welcome the new summer season – transforms Erfurt’s cathedral square into probably Germany’s largest barbecue area. 20 barbecue grids are glowing while friends and manufacturers of the Thuringian bratwurst present their skills. Besides expert talks and discussions about the best recipe, the event is also a lot of fun: One attraction for the adventurous among you is the bratwurst-rodeo! 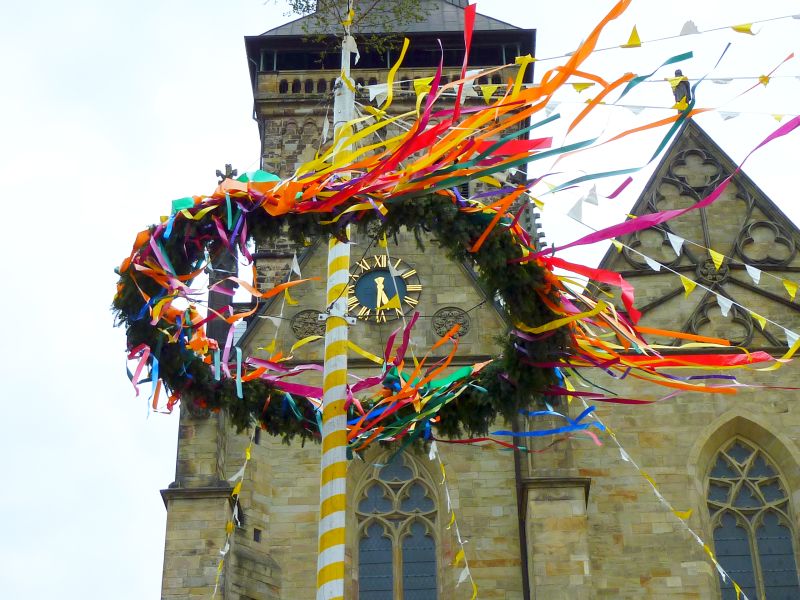 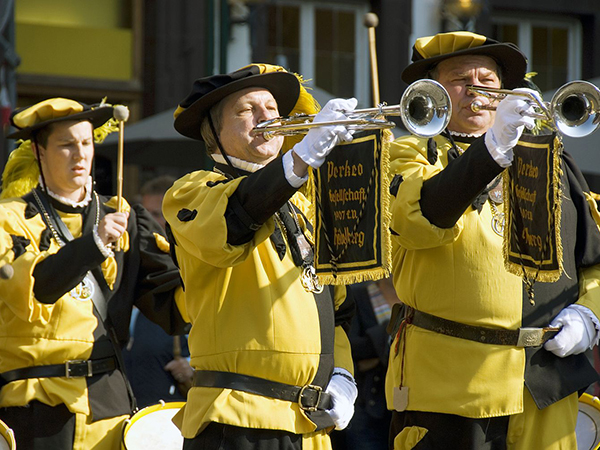 The tradition of putting up a maypole goes back to pre-Roman times and is an old Germanic custom. In Osnabrück, this ceremony is celebrated each year with the “Maiwoche” (May Week). The entire Old Town transforms into a festival, culinary delights meet music of all styles and the whole city gets into a party mood. For those of you who love Christmas markets, this will seem like an atmospheric summer version.

The maritime history of the Hanseatic city of Rostock has preserved the tradition of sailing regattas, especially in the seaside resort Warnemünde. The “Warnemünder Woche” (Warnemünde Week) in spring is the start of the summer season and a living tradition at the same time. A special event is the so-called “Niege Ümgang” on the first Saturday in July. Brass bands, local costume groups, Neptune and his entourage, pilots and fishermen, millers and bakers, butchers, merchants and innkeepers come together in a historical parade through the town. Accompanied by drums, barkers and shanty singing, another highlight of the event is the traditional “Warnemünder Hochzeit” (Warnemünde Wedding) with the “Brautwaschen” (lit. washing of the bride). The event ends with the tapping of the beer keg by the “Hanseatische Brauerei Rostock” (Hanseatic Brewery Rostock).

In Würzburg, the first “Volksfest” already takes place in July, with classic beer tents and festival beer that has been especially brewed for the Kiliani-Volksfest. It is a traditional festival with folk music, traditional costumes and fun rides. A festival in honor of Saint Kilian, the patron saint of the city of Würzburg.

The Regensburg Dultfestival, whose roots can be traced to the 14th and 15th centuries, takes on something of an Oktoberfest feel. Numerous amusement park rides, stalls selling an array of local products and crafts and fresh baked fish and other food specialties take center stage for many of the visitors.

The “Heidelberger Herbst” (Heidelberg Autumn Festival) is a street festival in the Old Town, celebrated every year in September. There is a large arts & crafts market in the main street and the medieval spectacle “Churpfälzer Market” (lit. Electoral Palatinate Market) on the “Universitätsplatz” (University Square). A wide range of different music styles is offered on all squares of the Old Town and the gastronomical offer attracts with all kinds of specialties.

Another autumn festival is the Stadtfest (City Festival) in Wiesbaden which is celebrated at the end of September. Entertainment programs and attractions await you throughout the entire city center, on all squares and in the parks in front of the “Staatstheater” (Hessian State Theater). May it be autumn decoration, the first wines of the new season, hot chestnuts or painted pumpkins and crafts. If your feet are tired after the stroll from attraction to attraction, have a rest in front of one of the many stages and enjoy the last rays of autumn sunshine accompanied by, for instance, jazz music and a glass of excellent sparkling wine.