HOPPY TRAVELING ON THE BEER ROUTE

On the 23rd of April 1516 the German Beer Purity Law was once passed by the Bavarian state regulations. The golden barley juice has a tradition which is several thousand years old, it is drunk just about everywhere in the world and considered the national drink of the Germans.The history of beer, peppered with entertaining and interesting anecdotes, leads you across the whole of Germany.

Beer is a product of chance, it is said to have originated some 6000 years ago in Mesopotamia. Already the Germanic ancestors have made beerdrinking a tradition as finds of beer amphorae from around 800 BC show. Beer started its conquest quite slowly but became gradually more and more successful.

Retracing the history of beer in Germany is extremely exciting as it leads through many interesting cities. Not only cultural highlights manifest themselves but also the great variety of regional beers.

Osnabrück’s only brewery, the Rampendahl Hausbrauerei (a Hausbrauerei is basically a combination of a small brewery and a pub restaurant), has a fantastic atmosphere and their simple selection of “Helles” or “Dunkel” beers is also available in 1l bottles, perfect for gifting.

As early as the 16th century, Münster was a renowned brewing centre. The main product of the town’s breweries was Keut (a beer brewed from wheat, barley and hops) which was exported far and beyond the city. However, in the 19th century Keut was ousted by Altbier, and the local Pinkus-Müller brewery is the last one to make this style. It’s also the world‘s first brewery to brew with only organically grown barley malt and whole hop blossoms.

For beer lovers Germany is the ultimate paradise. Wherever you travel you can be sure to find a local brewery, often producing beer in its own distinctive style. The country has an estimated 1,340 breweries, with over half the total in Bavaria alone. 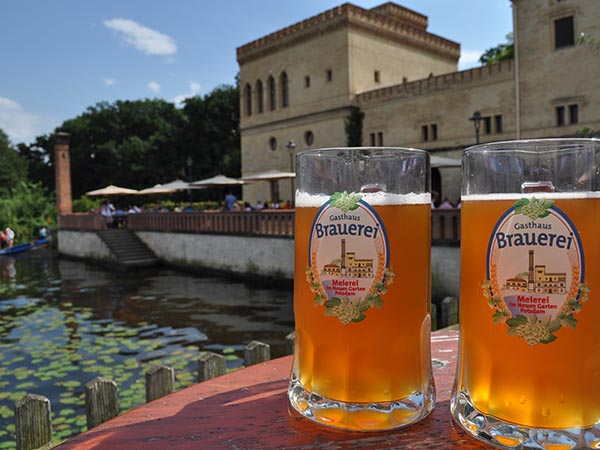 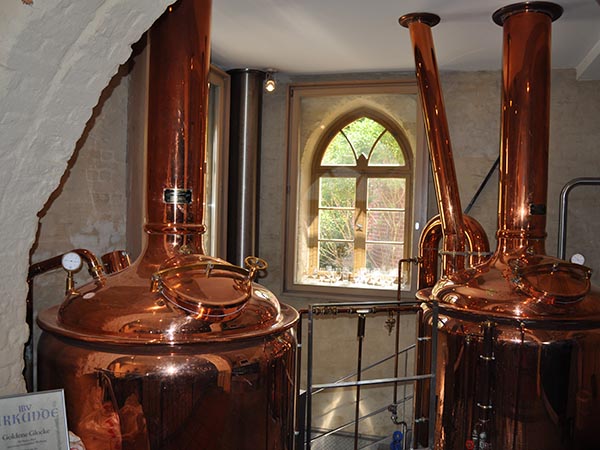 Even if you’ve already been to Munich’s Octoberfest, our beer route will have you discover breweries and beers you’ve never heard of and what’s more, meet the families that have been brewing for over 600 years!

In the most northern town on our beer route, Rostock, the local brewery Hanseatische Brauerei Rostock has been in existence since 1878 and is also a museum with tours and tastings. Interestingly, it also produces a kosher beer variety for export to Israel. Other places you shouldn’t miss are the Trotzenburg brew pub which welcomes visitors to a hearty lunch, and the Alter Fritz brewery on Rostock’s harborside famed for its special dishes created with beer.

Don’t miss the Spitalgarten, a beer garden in a hospital right next to the Danube river, where the tasty Spital beer been has been produced and served for nearly 800 years. And if you’re traveling with friends why not jump on a Beer & BBQ cruise?

The beer route now turns north to the Thuringian state capital of Erfurt. In the 16th century, some 600 small breweries were run here. Today, you can go on a tour with the historically costumed beer crier, an important figure in the Middle Ages, who used to spread the news of freshly brewed beer around town. The tour will take you to houses where beer was once brewed and traditional breweries like Zum Goldenen Schwan to sample the local beer and tasty Thuringian food.

The last stop on your beer route is Potsdam, where in 1689 the Krongut Bornstedt (Bornstedt Crown Estate) started brewing beer for the Prussian Kings and their guests at the nearby Sanssouci Palace. These days, the Krongut is famous for its “Bornstedter Buffalo” beer specialties. Alternatively, both the Meierei Potsdam brewery and Forsthaus Templin Brewhouse are worth a visit, located on two of Potsdam’s many picturesque lakes.